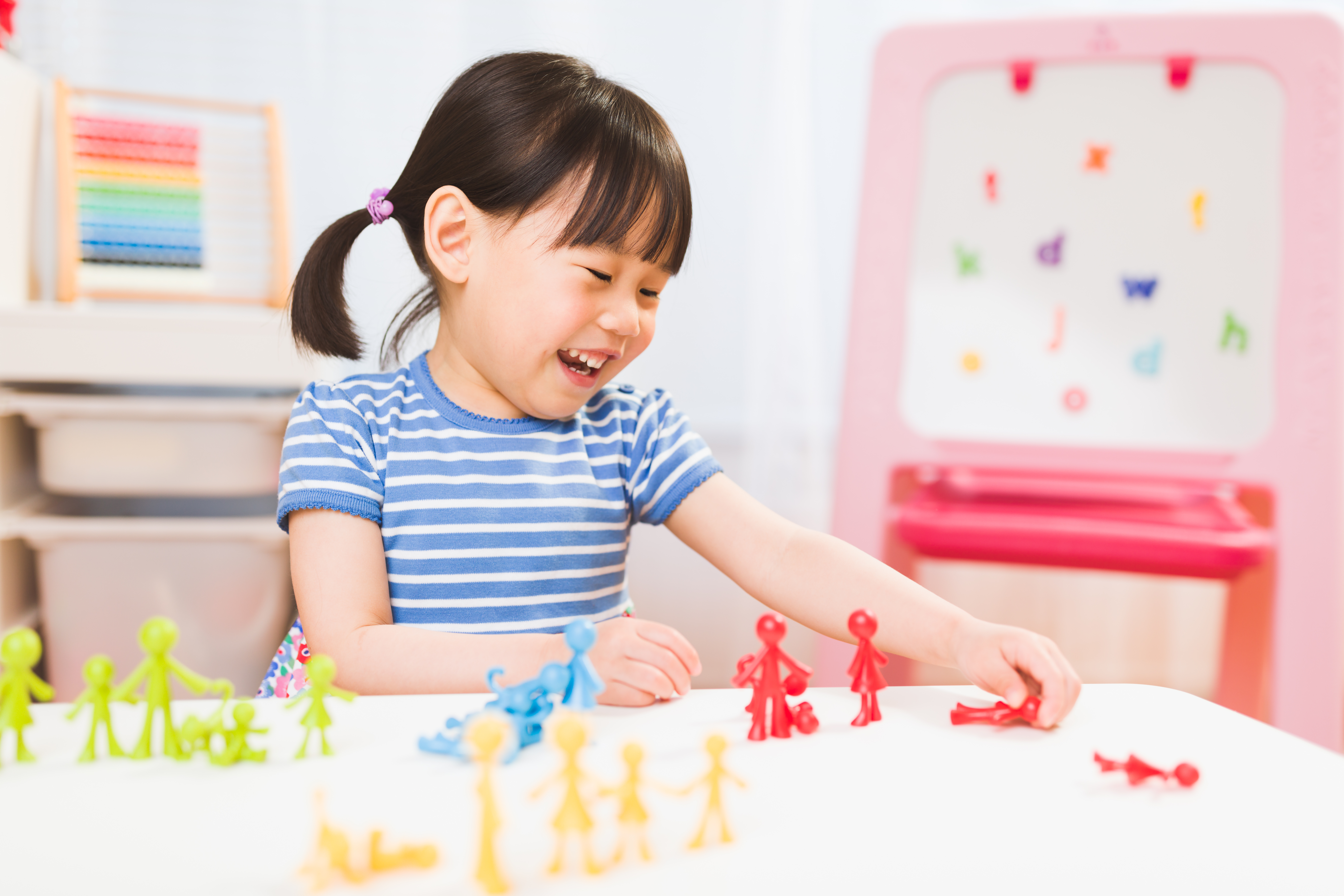 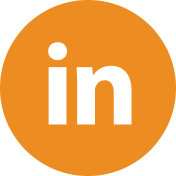 The literal definition of “maladaptive” is “not adjusting effectively to one’s environment”. In other words, engaging in maladaptive behaviors is the opposite of adaptive, which refers to when one is adjusting to their environment in a healthy way. An individual will often engage in a maladaptive behavior to avoid or escape an uncomfortable situation because they do not have the skills to solve problems appropriately.

When a child with autism spectrum disorder (ASD) engages in maladaptive behaviors, it is a result of deficits in communication and coping skills. For example, if a child does not have the skills to say “I need a break”, they might tantrum or hit, contingent on a parent telling them to clean their room.

Another common difference is while a neurotypical child might grow out of engaging in maladaptive behaviors, a child with an autism spectrum disorder might continue to engage in these behaviors well into their teens or adulthood without therapy.

Identify the function or the “why”

The first step in reducing or eliminating maladaptive behaviors is to identify why your child is engaging in the behavior. In Applied Behavior Analysis (ABA), we do this by looking at patterns in what is occurring directly before and directly after the problem behavior occurs.

What is your child trying to tell you?

As children grow, so does the problem behavior

Maladaptive behaviors start small while the child is small. One example of this could be a light slap to a caregiver to tell them “Look at me.” Or it could be throwing one toy onto the floor when the child gets bored and wants something else to play with. At this point, the child is small and so is the problem. As the child gets older, these behaviors will also get bigger if they are not addressed. A slap from a four-year-old will look much different compared to a slap from a sixteen-year-old.

As the child gets bigger a caregiver might say enough is enough and instead of giving the child attention when they slap, the caregiver might try ignoring the child. When a child is ignored, they will likely try more extreme behaviors such as biting or pulling hair along with the slap. At this point, the caregiver is caught off guard and will likely give the child attention, such as saying “that hurt” while backing away. Now, when the child wants attention, they might go straight to biting or pulling hair.

Severe maladaptive behaviors can result in parents being restricted to their home as going out into the community with their child becomes difficult. For example, sometimes maladaptive behaviors occur in the car such as throwing items at the driver, taking the seatbelt off, or attempting to open the car door while in motion. While this example is extreme, it is a common observation from caregivers of children with autism.

Another common observation is meltdowns in the store when a child is denied access to a toy or if a routine is changed. Oftentimes this results in multiple behaviors at once (crying, screaming, aggression, SIB, elopement) and it is so severe that the caregivers must pick their child up and leave the store. As the child gets older, this situation is one in which the caregiver must bring an additional adult or professional anytime they go into the community.

Related: Tips For Managing Tantrums for Your Child With Autism

As a parent, it is tough not to blame yourself for your child’s behaviors. But there is no way of knowing that the slap from the three-year-old could turn into hitting and biting at the age of sixteen. We all do the best we can with the information we currently have. All you can do is move forward by identifying where your child is currently and where they need to be in order to live the least restricted life possible.

Seek professional help as early as possible. If you suspect your child might have autism spectrum disorder, you should have them evaluated by a clinical psychologist or a developmental pediatrician. Once a diagnosis is confirmed these professionals can direct you to ABA providers in your area along with other needed therapies.

The intake process for ABA services.

You will meet with a board-certified behavior analyst (BCBA) to answer a comprehensive set of questions about your child. The BCBA will then take the information you have given along with the information from the developmental pediatrician or the psychologist to determine what assessments should be conducted.

The function is identified in order to identify the replacement behavior(s). For example, the child who slaps their parents for attention can instead tap their shoulder or say, “look at me.” As this child only gains attention for tapping a caregiver’s shoulder or saying, “look at me” and never when slapping, the slapping behaviors will start to decrease, and the appropriate communication should increase.

Functional communication is typically the replacement behavior. We want the child to express their needs and wants in the modality that works for them. This can be vocal, Picture Exchange Communication System (PECS), Augmentative and Alternative Communication (AAC), or American Sign Language (ASL).

How can ABA therapy help?

What can caregivers do as they wait for ABA services?

If you must give in, give in early. For example, if you know that going into a store typically results in buying your child a toy, agree to do so as you go into the store. What you don’t want to do is tell your child no to the toy and wait until the child is having a tantrum in the store for 30 minutes before giving up and getting the toy. It is better to reinforce the child saying “can I get a toy” multiple times than it is to reinforce a tantrum in the store.

Pick your battles. Only place demands on your child when you know that you will be able to follow through. Know when you are most likely to give in, such as when you first wake up, at bedtime, or in public areas, and limit demands during these times. It is okay to decide that you will not place a demand in moments where you know you will not follow through if your child happens to engage in problem behaviors.

Make tasks look more manageable. If your child frequently engages in problem behavior once you have placed a demand for them to complete a task, identify what your child is willing to do free of problem behavior and start there. This could include cutting a worksheet in half so that the child sees they only need to complete two work problems instead of five. This could also mean that you pick up half of your child’s toys and then ask them to clean up the rest.

Restructure your wording. Never place a demand in the form of a question to which the child can respond with “no.” In some situations, it is okay to ask yes or no questions, such as “do you want a cookie?” But when you are asking your child to brush their teeth you never want to ask, “can you brush your teeth?” Instead, you want to give clear instructions such as, “I need you to brush your teeth before you watch TV.”

Use first/then statements. Using first/then is all about changing the order of events while also identifying what your child is willing to work for. It is nearly impossible to get a child to put their tablet down to go clean their room, but if a child is told, “first clean your room then you can use your tablet” they will most likely agree to these terms if they have had limited access to their tablet throughout the day.

Give your child a way out. If a child’s only way to escape an aversive situation is to tantrum, you will likely see tantrums as the go-to. But, if you teach your child that appropriate communication works to avoid an aversive (I need more time, break please, stop, not right now) you give that child an alternative to the tantrums.

If your child has been diagnosed with ASD and you would like to consider ABA therapy, contact Trumpet Behavioral Health.

If you would like more information and resources about ASD here are a few options: 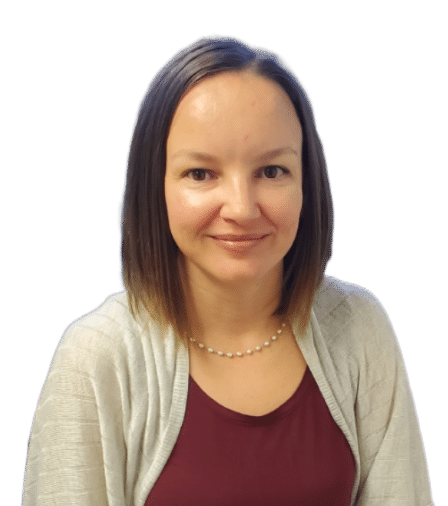 Ready to get Started

We’re here for you.