Conclusive evidence used in reference to this blog is derived from scholarly journal article “The Gluten-Free, Casein-Free Diet and Autism: Limited Return on Family Investment,” taken from the ‘Journal of Early Intervention’ 2013 35:3, published online April 9, 2013. Reference available at the bottom of the post.

Team members at Trumpet Behavioral Health frequently receive questions about Gluten-Free Casein Free Diet (GFCF), as well as stories from families who have tried this approach. We’ve assembled this blog to provide a general overview of GFCF as a whole, as well as highlight some important points about the diet itself.

What is a GFCF Diet? 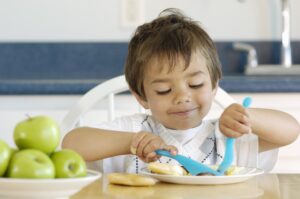 The first purported connections made between diet and mental illness came about in the 1960s from Dr. Francis Curtis Dohan, a research physician and endocrinologist.

Why is the diet so prominent?

GFCF diets are utilized by 50% of families of a child with ASD. There are a number of reasons for the popularity of the diet, including: 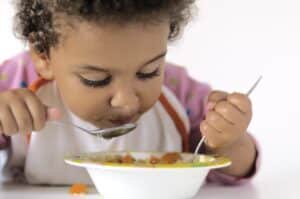 Is there science backing an effectiveness of the GFCF diet?

Several theories exist which suggest that a reduction of behaviors related to ASD may have a connection with the GFCF diet. Two theories include the opioid-excess theory of autism and gastrointestinal (GI) difficulties.

The referenced article from ‘Journal of Early Intervention’ recommends that children be tested for food allergies/sensitivities and celiac disease in order to appropriately recommend a diet which may align with their specific needs.

What are the drawbacks to the diet? 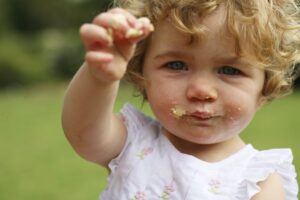 As with any proposed treatment, a cost-benefit analysis is important to consider. In addition to reviewing the literature to determine any empirically based benefits to implementing this elimination diet, the Journal of Early Intervention article outlines a few potential drawbacks to doing so as well. These include:

Results of the article concluded that through the investigation of five well-controlled studies, the positive effects on behavior for individuals with Autism by implementing a GFCF diet were inconclusive. The research conducted for this article did not support the opioid-excess theory. It is recommended that families and caregivers of individuals with ASD prioritize evidence-based interventions when deciding what approaches to take. The GFCF diet has not been shown to have sufficient scientific or empirical support for the reduction of behaviors with individuals with Autism. However, it is recommended that children to be tested for celiac disease or food allergies and sensitivities as diet change may help individuals who test positive for such concerns.